A colleague of mine had shared an article published on Rollingstone.com which struck a chord with me. As a social media personality and podcast host, as well as a researcher, I do 90% of my work online within different sexuality and health communities. No-nut November comments are nothing new to me, and without fail, begin showing up bright and early on Nov. 1st across places like Twitter, Tiktok, Reddit, IG, etc.

Now the kinky side of my mind kicks in… there are many wonderful penis owners in the world from kinksters to submissive, who enjoy cis-male chastity devices (honestly, there are some beautiful pieces of hardware out there in the world of cock-cages). Since the pandemic began, the world of kink has exploded and become far more mainstream. Now, these communities are near and dear to me and I want to drive home that this type of activity is not associated with No-nut November.

In cases where chastity devices are used, the consenting parties must be highly aware of safety and health concerns, requiring consistent communication and checking-in. When done well, the experiences of masturbatory abstinences for pleasure or as part of a D/s dynamic can be immense, but always with the health and safety of each party as 1st priority.

Now that we have that out of the way…

Where does this No-nut November challenge come from? The article provides a brief history that illuminates further. Initially, it was created as a play on other internet challenges such as the Ice Bucket Challenge, and often found in circles associated as part of “NoFap”, an anti-porn subreddit that has gone from half a million members in 2019 to nearly 1 million today. However, It has been made clear by NoFap that it is not affiliated with No-nut November, but members in both groups will post #NNN memes within both groups on their social media pages (Dickson, 2019).

While this challenge is often shrugged off as an excuse to taunt and tease each other (ugh…) there are also large groups who take the activity of non-activity very seriously. According to the article in 2019, “52,000 people as of this writing diligently documenting their day-by-day progress (and setbacks) on the subreddit r/NoNutNovember. r/NoNutNovember moderator /u/yeeval estimates that approximately 90% of the posts are from people “actively participating, and also there’s the occasional fallen member who stays on the subreddit for the community and laughs.” (Dickson, 2019).

A bit deeper history shows a long-standing idea promoted by oppressive and antiquated ideas of sexuality in the U.S. The perpetuation of an idea that semen retention boosts a penis-owner’s virility, and somehow increases his masculinity by demonstrating self-control over one’s “impulses” has been promoted extensively to cis-men. However, the act of semen retention as having such “extensive” health benefits has been disproved by science, often showing the opposite to be true.

The truth is, No-nut November is rooted in extremist and oppressive organizations in part by the anti-masturbation movement, many of which are linked to anti-Semitism, homophobic organizations, under the umbrella of white-supremacy. If you have the time, I highly recommend reading the full article from Rolling Stone which gives a highly detailed lineage with comments from the anti-masturbation movement themselves.

So, I encourage you to take a deep dive, unsettle yourself and those around you with some knowledge, and enjoy the act of healthy self-pleasure. If you feel you’re in distress due to impulse control, that is a sign to seek assistance from a qualified therapist with a background in sex therapy, not to participate in “No-nut November.” 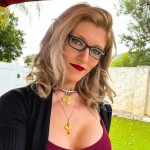 Dr. K holds an Ed.D in Educational Leadership, M.A. in English & Creative Writing, B.A. in English, and is a Holistic Sexuality Educator, erotica author, writing professor, digital marketing consultant, LMS developer, learning architect, media personality, and pleasure products expert. In addition to her research and work within non-profits, she’s also the host and creative behind sex-positive podcast “The Submissive Next Door,” a friendly and down-to-Earth take on sexuality and the D/s lifestyle. As a 24/7 bisexual submissive, shes speaks to audiences that range from working professionals, parents, seasoned Lifestyle and BDSM practitioners, to the new-to-the-community singles and couples. With acclaim and gratitude for making the community accessible to them in a comforting, compassionate way, Dr. K is passionate about giving others a place to learn about sexuality and alternative lifestyles in a non-judgemental and safe environment. She is passionate about fighting sex and kink shame and loves to work with others who are fighting for the same.
Dr. K's blog, podcast, and Youtube channel feature D/s tips, sexological insights, erotica, book and toy reviews, and more. She also works with select clients as a consultant to assist with building courses and LMS systems, as well as individual singles and couples as a Sexological Coach and Educator.

Stay Kinky with us! Sign up for the Newsletter

Get Social With Us!

Listen to The Sub Next Door on
Apple
Spotify
Google Podcast
Overcast
Radio Public
Breaker
Or anywhere else you get your podcast fix!

The Submissive Next Door Podcast

© Copyright 2021 – Dr. K – The Submissive Next Door. All Rights Reserved. For permission to syndicate content, please contact us.